There have been so many great books published this past year. Here are just a few of my favourites that I have read (there are quite a few that I've heard are amazing but have not had the chance to read yet). Hopefully I can catch up on a lot of the books I'm missing out on over my Christmas holidays.
*These books are in no particular order. 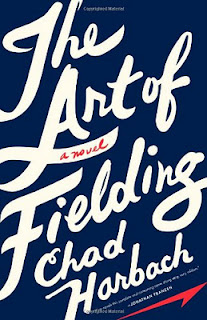 The Art of Fielding by Chad Harbach


At Westish College, a small school on the shore of Lake Michigan, baseball star Henry Skrimshander seems destined for big league stardom. But when a routine throw goes disastrously off course, the fates of five people are upended.
Henry's fight against self-doubt threatens to ruin his future. College president Guert Affenlight, a longtime bachelor, has fallen unexpectedly and helplessly in love. Owen Dunne, Henry's gay roommate and teammate, becomes caught up in a dangerous affair. Mike Schwartz, the Harpooners' team captain and Henry's best friend, realizes he has guided Henry's career at the expense of his own. And Pella Affenlight, Guert's daughter, returns to Westish after escaping an ill-fated marriage, determined to start a new life. 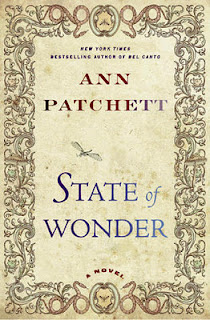 State of Wonder by Ann Patchet


Sometimes being on the vanguard of scientific progress thrusts you into the teeth of danger. For Minnesota pharmaceutical researcher Dr. Marina Singh, that means being sent into the remotest region of the Amazon jungle to track down her former mentor. Finding Dr. Annick Swenson promises to be perilous: The last scientist assigned to find her has disappeared too. What follows is the most ambitious novel yet by Bel Canto author Ann Patchett as its adventure story opens into a penetrating study of personalities, loyalties, and ethics. Editor's recommendation. 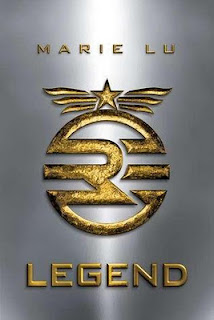 
What was once the western United States is now home to the Republic, a nation perpetually at war with its neighbors. Born into an elite family in one of the Republic's wealthiest districts, fifteen-year-old June is a prodigy being groomed for success in the Republic's highest military circles. Born into the slums, fifteen-year-old Day is the country's most wanted criminal. But his motives may not be as malicious as they seem.
From very different worlds, June and Day have no reason to cross paths - until the day June's brother, Metias, is murdered and Day becomes the prime suspect. Caught in the ultimate game of cat and mouse, Day is in a race for his family's survival, while June seeks to avenge Metias's death. But in a shocking turn of events, the two uncover the truth of what has really brought them together, and the sinister lengths their country will go to keep its secrets. 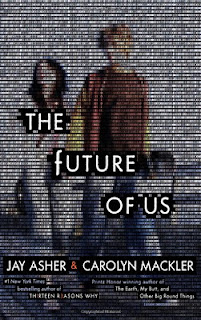 The Future of Us by Jay Asher and Carolyn Mackler


It's 1996, and Josh and Emma have been neighbors their whole lives. They've been best friends almost as long - at least, up until last November, when Josh did something that changed everything. Things have been weird between them ever since, but when Josh's family gets a free AOL CD in the mail,his mom makes him bring it over so that Emma can install it on her new computer. When they sign on, they're automatically logged onto their Facebook pages. But Facebook hasn't been invented yet. And they're looking at themselves fifteen years in the future.
By refreshing their pages, they learn that making different decisions now will affect the outcome of their lives later. And as they grapple with the ups and downs of what their futures hold, they're forced to confront what they're doing right - and wrong - in the present. 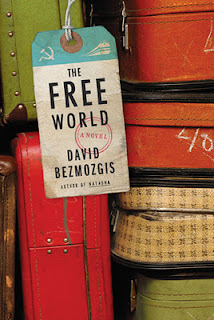 The Free World by David Bezmogis


Summer, 1978. Brezhnev sits like a stone in the Kremlin, Israel and Egypt are inching towards peace, and in the bustling, polyglot streets of Rome, strange new creatures have appeared: Soviet Jews who have escaped to freedom through a crack in the Iron Curtain. Among the thousands who have landed in Italy to secure visas for new lives in the West are the members of the Krasnansky family — three generations of Russian Jews.
There is Samuil, an old Communist and Red Army veteran, who reluctantly leaves the country to which he has dedicated himself body and soul; Karl, his elder son, a man eager to embrace the opportunities emigration affords; Alec, his younger son, a carefree playboy for whom life has always been a game; and Polina, Alec's new wife, who has risked the most by breaking with her old family to join this new one. Together, they will spend six months in Rome — their way station and purgatory. They will immerse themselves in the carnival of emigration, in an Italy rife with love affairs and ruthless hustles, with dislocation and nostalgia, with the promise and peril of a new life. Through the unforgettable Krasnansky family, David Bezmozgis has created an intimate portrait of a tumultuous era.

Though it wasn't published this year, I have to add it in to my list as well (I know the second will be on my list as soon as I read it). 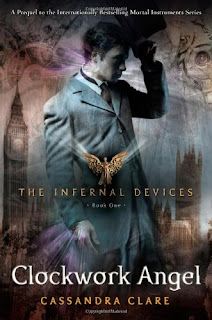 
When sixteen-year-old Tessa Gray crosses the ocean to find her brother, her destination is England, the time is the reign of Queen Victoria, and something terrifying is waiting for her in London's Downworld, where vampires, warlocks and other supernatural folk stalk the gaslit streets. Only the Shadowhunters, warriors dedicated to ridding the world of demons, keep order amidst the chaos.
Kidnapped by the mysterious Dark Sisters, members of a secret organization called The Pandemonium Club, Tessa soon learns that she herself is a Downworlder with a rare ability: the power to transform, at will, into another person. What's more, the Magister, the shadowy figure who runs the Club, will stop at nothing to claim Tessa's power for his own.
Friendless and hunted, Tessa takes refuge with the Shadowhunters of the London Institute, who swear to find her brother if she will use her power to help them. She soon finds herself fascinated by--and torn between--two best friends: James, whose fragile beauty hides a deadly secret, and blue-eyed Will, whose caustic wit and volatile moods keep everyone in his life at arm's length...everyone, that is, but Tessa. As their search draws them deep into the heart of an arcane plot that threatens to destroy the Shadowhunters, Tessa realizes that she may need to choose between saving her brother and helping her new friends save the world...and that love may be the most dangerous magic of all.

There are still so many books that I need to read from this year... Delirium, Shatter Me, and so many more. I have a long list of books I will be running to get after Christmas.
Posted by Andrea @ Cozy Up at 10:00 AM