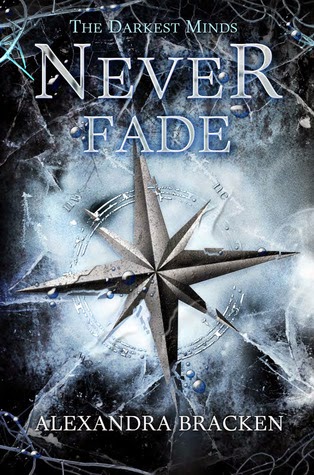 Ruby never asked for the abilities that almost cost her her life. Now she must call upon them on a daily basis, leading dangerous missions to bring down a corrupt government and breaking into the minds of her enemies. Other kids in the Children’s League call Ruby “Leader”, but she knows what she really is: a monster.

When Ruby is entrusted with an explosive secret, she must embark on her most dangerous mission yet: leaving the Children’s League behind. Crucial information about the disease that killed most of ’s children—and turned Ruby and the others who lived into feared and hated outcasts—has survived every attempt to destroy it. But the truth is only saved in one place: a flashdrive in the hands of Liam Stewart, the boy Ruby once believed was her future—and who now wouldn’t recognize her.

As Ruby sets out across a desperate, lawless country to find Liam—and answers about the catastrophe that has ripped both her life and apart—she is torn between old friends and the promise she made to serve the League. Ruby will do anything to protect the people she loves. But what if winning the war means losing herself?

Okay, okay, I have to admit, the first book in this series didn't completely hook me, I had my issues and I didn't love it, but I'm so glad I continued on with this series. This book adds so much to the series and is definitely an amazing sequel, it made me love the series so much more!

I fell in love with the characters in this book, especially Ruby. I really think you see a lot more of her strengths in this book and how much she cares for people. I really felt that Ruby grew a lot over this book compared to what she was like in the first book, she learns so much more about her powers and a way to control it. But at the same time she is still very vulnerable and I find that really powers her throughout this story.

The secondary characters are just as amazing too, they help Ruby through so many things, and there are those that really show their true colors by the end of the book and you just can't help but want more. There are many new characters as well as characters from book 1 that make an appearance. Vida was one of my favourite secondary characters, she has this attitude to her that makes you love her, and when you learn more about her it's hard not to understand why she acts the way she does.

Alexandra Bracken takes such a great turn to the world she introduced readers to in The Darkest Minds. This is a world that changes every day and is so dangerous for anyone out there. So much happens that you don't expect and you won't be able to stop reading this story. I really felt that this book took me on more of an adventure than the first one did, and after the ending, I'm so intrigued and scared to see how things will end. This is definitely a sequel worth reading and will have you eagerly awaiting the final book.
Posted by Andrea @ Cozy Up at 6:00 AM