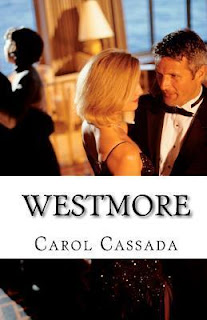 Pages: N/A
Received: Received from author in exchange for an honest review

Set in a fictional town, follow the lives of three families; The Greens, the Braxtons, and the Reynolds. The Greens: * Widowed matriarch Charlotte never thought she could find love again after the death of her husband Michael, until handsome Detective Bryant comes to her rescue. * Youngest son Peter returns home from college with his new girlfriend, who's ten years older than him, and is a problem for Mama Charlotte. * Scott and Alicia are singing siblings who are on their way to the top, until tragedy strikes one night. The Braxtons: * Andrew Braxton is a ruthless and powerful businessman who runs his household the same way he runs his company, with an iron fist. Upon learning his son plans on abandoning the family company, he'll do everything in his heart to stop him from leaving. The Reynolds: * After the divorce Laura Reynolds and her daughter Megan move back home with her father, where she plans to start life anew, but little does she know that it's not easy to escape your past.

*This is a review based on both volumes.*

The cover conveys a very WASPish type book, which is exactly what this book is. Most of the characters in this book are conveyed as rich and spoiled. The whole story was exactly like a soap opera. I definitely feel that these books are a guilty pleasure for those who enjoy soap operas. They were both very short and quick reads, which was nice.

The story seemed to move quite slow in the beginning until the ending of the first one and the beginning of the second book. I was really enjoying it when the drama started to pick up (I admit it I love my soap operas, they are so much fun, definitely a huge guilty pleasure). But I felt like everything slowed down again in the end, and I found myself losing interest once again.

My biggest issue was how the story ended as a whole, I wanted more. It seems like Carol may write more to the story in the future because everything ended on such a cliffhanger. I feel like a few more chapters to clear everything up would have been nice instead.

My biggest issue throughout reading this was some editing mistakes. I found more of them in the second one and started to become a little restless, it made the second book a lot more difficult for me to read.

Overall I did enjoy the story a bit, me being the soap opera fan that I am. I wished there was a little more focus on characterization rather than heavily focused on the drama though. I do believe, with a little bit of editing Cassada could write some great books.
Posted by Andrea @ Cozy Up at 9:00 AM