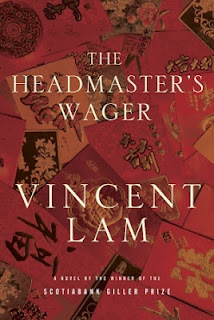 Percival Chen is the headmaster of the most respected English school in Saigon. He is also a bon vivant, a compulsive gambler and an incorrigible womanizer. He is well accustomed to bribing a forever-changing list of government officials in order to maintain the elite status of the Chen Academy. He is fiercely proud of his Chinese heritage, and quick to spot the business opportunities rife in a divided country. He devotedly ignores all news of the fighting that swirls around him, choosing instead to read the faces of his opponents at high-stakes mahjong tables. But when his only son gets in trouble with the Vietnamese authorities, Percival faces the limits of his connections and wealth and is forced to send him away. In the loneliness that follows, Percival finds solace in Jacqueline, a beautiful woman of mixed French and Vietnamese heritage, and Laing Jai, a son born to them on the eve of the Tet offensive. Percival's new-found happiness is precarious, and as the complexities of war encroach further and further into his world, he must confront the tragedy of all he has refused to see.

Blessed with intriguingly flawed characters moving through a richly drawn historical and physical landscape, The Headmaster's Wager is a riveting story of love, betrayal and sacrifice.

I was happy to get to read this book. I absolutely love Canadian books and authors. I was really interested to read something by Vincent Lam (never have before) and see how he can add all this into a story and base it around the Vietnam war. I can tell you that this was definitely a beautiful story!

I found this book difficult in the beginning, but I pushed through and am really happy I stuck with it because as the story went on I found myself really invested in everything that was happening. Vincent Lam takes a lot of the beginning of the book to have his readers understand Percival, he goes into his history a bit to show what he has already been through. That was the part I had a few issues getting through, the book went back and forth between Percival's past and the present time of the story without actually mentioning that (each chapter goes back and forth). Though I did enjoy that Vincent invests a lot of the beginning of the book into the history of the main character because it has the readers understand his situation more, and why he does some of the things he does.

I enjoyed how the book was broken up into different parts. Each part of the story represented a new part in Percival's life. It was a good way to break the book up and it really shows when the important events are happening. Vincent Lam also has a way with words, his descriptions throughout the book are beautiful and bring everything to life for the reader.

I really enjoyed connecting with Percival's character, I found myself being more invested in the story in the second half. There was a lot more drama happening and I found I was seeing more of Percival's emotions later on. He was a very interesting character for me throughout the book. It seemed that Percival was ignorant of the events around him (or pretended to be ignorant). It was interesting to see how the Vietnam war really affected the story, I was not expecting it to revolve so much around the war, but I found many instances where the war helped decide the outcome of an event in Percival's life.

The love story was very interesting for me. I found it different than other love stories that I have previously read. The hardships the characters go through are much different, and the way the characters deal with these were interesting. I was very surprised at how things were wrapped up at the end. This story definitely pulls you in and keeps you invested in reading to find out what happens next.

Vincent Lam brings a beautiful story to life in ugly times of war. This story makes you think about your life and how you would do things if you were in that position. Pick this book up, it is definitely great Canadian literature!
Posted by Andrea @ Cozy Up at 10:00 AM