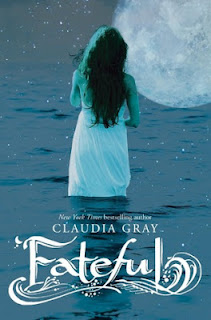 Pages: 328
Received: Borrowed from a friend

A tragic tale about falling in love on the world’s most infamous ill-fated sea voyage as heroine, Tess, discovers darker secrets that lie beneath the doomed crossing… and a hidden brotherhood that threaten to tear her lover from her forever.


The RMS Titanic is the most luxurious ship ever built, but for eighteen-year-old Tess Davies it’s a prison. Travelling as a maid for the family she has served for years, Tess is trapped in their employ amid painful memories and family secrets.

When she meets Alec, a handsome upper class passenger, Tess falls helplessly in love. But Alec has secrets of his own… and soon Tess is entangled in a dangerous game. A sinister brotherhood that will do anything to induct Alec into their mystical order has followed him onboard. And Tess is now their most powerful pawn.

Tess and Alec fight the dark forces threatening to tear them apart, never realising that they will have to face an even greater peril before the journey is over…

I admit I only saw this book a few weeks ago but it really peaked my interest, especially it being Titanic week everywhere, I really wanted to see a more supernatural take on the Titanic. I'll be honest it sounded interesting but at the same time I wasn't really sure what I was getting into when I opened this book.

I enjoyed this book, I found it was a lot of fun. I was honestly expecting something a little darker, but it was still quite enjoyable. I was thinking there would be a lot of action from reading the description, but there wasn't as much as I truly expected (don't get me wrong there was still some action to it).

Claudia does an amazing job of tying in the real events to this supernatural world. She uses the true descriptions to bring this story to life for many readers. Claudia also does a great job at showing the divide between the classes through Tess's experiences. The way she writes what Tess sees on the first class part of the ship and her comparisons to what she gets on the third class is very true of how many people were treated at that time.

I really enjoyed Tess as a character. I really connected with her being strong and unafraid of everything around her. She was also a character that knows what she wants and goes for it (she is definitely someone I would want to be friends with if she was around today!) And Alec... he was definitely a swoonworthy character. Claudia Gray does a great job getting you involved with all the characters in this story.

Though this story was not what I expected I still enjoyed it, and really loved the supernatural aspect to it. This was a perfect read for Titanic week for me.
Posted by Andrea @ Cozy Up at 10:30 AM