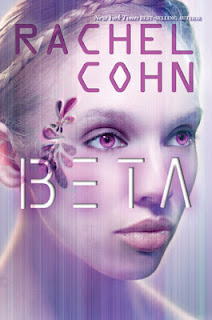 Elysia is created in a laboratory, born as a sixteen-year-old girl, an empty vessel with no life experience to draw from. She is a Beta, an experimental model of a teenage clone. She was replicated from another teenage girl, who had to die in order for Elysia to exist.

Elysia's purpose is to serve the inhabitants of Demesne, an island paradise for the wealthiest people on earth. Everything about Demesne is bioengineered for perfection. Even the air induces a strange, euphoric high, which only the island's workers--soulless clones like Elysia--are immune to.

At first, Elysia's life is idyllic and pampered. But she soon sees that Demesne's human residents, who should want for nothing, yearn. But for what, exactly? She also comes to realize that beneath the island's flawless exterior, there is an under-current of discontent among Demesne's worker clones. She knows she is soulless and cannot feel and should not care--so why are overpowering sensations clouding Elysia's mind?

If anyone discovers that Elysia isn't the unfeeling clone she must pretend to be, she will suffer a fate too terrible to imagine. When her one chance at happiness is ripped away with breathtaking cruelty, emotions she's always had but never understood are unleashed. As rage, terror, and desire threaten to overwhelm her, Elysia must find the will to survive.

The first in a dazzlingly original science fiction series from best-selling author Rachel Cohn, "Beta "is a haunting, unforgettable story of courage and love in a corrupted world.

This book is just wow! Elysia is a beta of a teenage clone, we learn that there are many clones already on the island but that teenagers have not been done before because the clones are only used as workers on the island so that the humans can just spend all their time relaxing. Cohn does a beautiful job showing the differences between the clones and the humans. The world that is created in this book is well done and there is a lot of detail to have readers understand what caused this new world.

I really enjoy how there is this whole mystery about Elysia's first, I found myself continually reading to see if she would get information on this girl that made it possible for Elysia to exist. You do get to find out about the girl that is Elysia's first, but there are more questions following. Cohn does a great job making the idea of the clones believable for readers, there is a whole scientific process described making it more realistic.

This book is so much darker than I was expecting it to be (I think it's the cover that really changes your opinion). So much happens in this book, Elysia is different from other clones because of why she is made, she is there to be a companion rather than a worker. When she begins to realize that there is more to the island then she is told is when the book becomes even more interesting and dark. There is such a strong message throughout this book of freedom.

The only thing that I could have done without was the love story aspect of this book. I felt that the romance between Elysia and another character (don't want to spoil it) was disconnected from the rest of the book.

The ending is really what killed me, there are a few things brought up that seem to contradict what is said earlier on, and leaves you wondering about the whole process of the clones. Cohn leaves her readers with so many unanswered questions that will leave you needing Book 2 ASAP. This is one book I suggest picking up this year, it was so gripping and yet leaves you wondering about many things.
Posted by Andrea @ Cozy Up at 8:00 AM