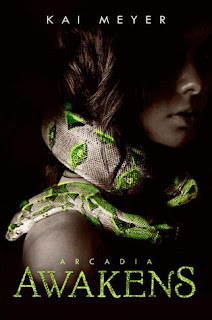 To Rosa Alcantara, the exotic world of , with its network of Mafia families and its reputation for murder and intrigue, is just that—exotic and wholly unknown. But when her life in begins to fall apart, she must travel there, to her family’s ancestral home, where centuries of family secrets await her.

Once there, falls head over heels for Alessandro Carnevare, the son of a Sicilian Mafia family, whose handsome looks and savage grace both fascinate and unsettle her. But their families are sworn enemies, and her aunt and sister believe Alessandro is only using to infiltrate the Alcantara clan. And when encounters a tiger one night—a tiger with very familiar eyes—she can no longer deny that neither the Carnevares nor the Alcantaras are what they seem.

Hidden caves, dangerous beasts roaming the hills, and a history of familial bloodlust mean that can’t trust anyone. Torn between loyalty to her family and love for their mortal enemy, Rosa must make the hardest decision of her life: stay in with her new love…or run as far and as fast as she can.

This book really caught my attention for different reasons. First was the cover. I kept seeing this book on the sidebar of A Cupcake and A Latte's blog and I just had to see what it was about (so lots of thanks there!). I absolutely love the green of the snake, it just absolutely drew me in. The second thing was that this is a translation of a book, I haven't actually read many books that have been translations, really only Haruki Murakami (I've heard that a lot of them seem to miss something through the translation part). So I decided I wanted to give this one a try. And let me tell you I am so happy I did!

I absolutely loved the setting of this book! Yay for Italy, I could relate (being part Italian myself) this made the book jump out to me because I haven't actually found books that take place there. I am such a huge fan of books that take place in European countries because I find they are so few and far between. The descriptions of the surroundings and the towns/cities are well done and I was able to imagine myself there looking at all these different things.

The one thing that really got me was that the synopsis really gives you the idea of a Romeo and Juliet retelling, and I mean really who doesn't love that story! But there was so much more underneath that story. I liked that there was that aspect but there wasn't much to seeing their relationship grow as much as I would have liked, there was a lot of a back and forth that confused me a little.

It's interesting to see the whole story revolve around a Greek myth, it really made the story interesting, and I was enthralled to see what was happening and what would happen next.

I also found that there were so many twists to the story. It was difficult to actually believe in what anyone would say. This book is definitely one of those where you never know what to think of the characters and don't know who is trustworthy throughout the story. Everyone has their secrets type of story, and I love those!

For a book about the Mafia I was expecting a lot of action and fights, but that is just a little part of the story and doesn't have as much to do with what happens as I thought it would. No complaints though, I really enjoyed the story despite there not being a lot of action (the action scenes are interesting though as to how they come about).

The characters were interesting in my opinion. Rosa has a very harsh exterior but there are moments where her walls come down and I could connect with her and sympathize with her situation. And then Alessandro, I was never sure what to think of him, I think that there was so much more to learn that I didn't get to know the characters as well as I would have liked. Despite all that I enjoyed this book and sped through it, not wanting to stop. I am excited to read the next one to see what happens next!
Posted by Andrea @ Cozy Up at 10:30 AM