Review: Under the Wide and Starry Sky by Nancy Horan 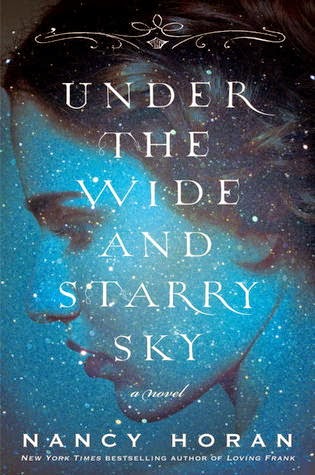 The passionate and turbulent story of Robert Louis Stevenson and his tempestuous American wife, Fanny.

At the age of thirty-five, Fanny van de Grift Osbourne leaves her philandering husband in and sets sail for to study art, with her three children and a nanny in tow. Not long after her arrival, however, tragedy strikes, and Fanny and her brood repair to a quiet artists' colony in where she can recuperate. There she meets Robert Louis Stevenson, ten years her junior, who is instantly smitten with the earthy, independent and opinionated belle Americaine.

A woman ahead of her time, Fanny does not immediately take to the young lawyer who longs to devote his life to literature, and who would eventually write such classics as and The Strange Case of Dr. Jekyll and Mr. Hyde. In time, though, she succumbs to Stevenson's charms. The two begin a fierce love affair, marked by intense joy and harrowing darkness, which spans decades as they travel the world for the sake of his health. Eventually they settled in , where Robert Louis Stevenson is buried underneath the epitaph:

Under the wide and starry sky,

Dig the grave and let me lie.
Glad did I live and gladly die,
And I laid me down with a will.

This be the verse you grave for me:
Here he lies where he longed to be;
Home is the sailor, home from sea,
And the hunter home from the hill.
(Requiem, Robert Louis Stevenson)

So many books are coming out lately about the private life of many past authors, and I really love learning so much more about the people who wrote so many classic books that are still loved today. Robert Louis Stevenson is a most interesting character to base a story around, but this book is not only about him, but also Fanny van de Grift Osbourne, the woman he falls in love with.

This is quite a long story, there is a lot of information and the story spans over many years. I enjoyed seeing how these two characters met and how their relationship came to be, as well as how they worked together over the years. The chapters switch from Fanny's view to Robert's view, seeing how they both feel really added to the emotion in the story. It was interesting to see how each of them felt about different situations and how certain things affected them differently.

I felt like this story had too much going on, it was long and at times it felt like there was a lot of information that did not seem completely relevant. Horan has a great writing style, but the story was long and sometimes it was difficult to keep reading. I felt myself almost giving up on the story at times, but I am happy to say I kept on until the end.

The relationship between these two characters is strong, but there are a lot of difficulties for them, and readers can see how intense both Fanny and Robert are. The intensity these two have towards their work sometimes sees clashes between them. I loved how Fanny was there for Robert and helped him through some of his most difficult periods. I did want a little bit more about Fanny, rather than seeing how Robert affected her, though I understand a lot of her life revolved around him after they got together.

Both of them go through rough periods and I believe that the way they get through the situations shows how strong the love is between them. Though this was a hard book to get through because of how long and sometimes tedious it could be, it was a good story about someone who has had such a great effect on the literary scene.
Posted by Andrea @ Cozy Up at 7:00 AM