Review: The Age by Nancy Lee 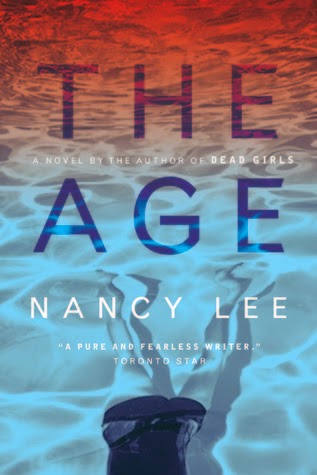 Set in in 1984, as Soviet warships swarm the , The Age follows Gerry, a troubled teenager confronted with her single mom’s newest relationship. When she takes solace in a ragtag group of activists planning a subversive protest at the city’s upcoming peach march, her fascination with the group’s leader, and her struggle with sexual identity creates a rift between Gerry and her best friend, Ian. Bolstered by her grandfather, an eccentric ex-news anchor in the throes of a bitter divorce, Gerry tries to put herself at the centre of the protest group’s violent plot. When the demands of these complex relationship become too difficult, Gerry escapes to the role she knows best, survivor in a post-nuclear dystopia of her own creation. Gerry’s real life and fantasy life alternate and accelerate until a collision of events and consequences forces her towards life or death decisions in both worlds.

Electric and engaging, with piercing observation, subversive wit, and the same fearlessness that caused a sensation amongst critics and fans of Dead Girls, The Age is at once a startling post-apocalyptic drama, a harrowing journey through adolescent recklessness and desire, and a dark portrait of a generation molded by nuclear anxiety. Its arrival confirms Nancy Lee as one of Canadian Literature’s most thrilling and compelling voices.

This was an intriguing book for me, but I had some issues at times getting through it and understanding exactly what was happening. Gerry is someone who is growing up too quickly for her own good, the people she spends her time with change her view and really bring her into an adult view of things. She is someone who is struggling with her own personality and is easily swayed by those around her. Her best friend, Ian struggles to help Gerry through her issues.

I did really enjoy following Gerry's path to finding herself among a group of people who are older and often treat her as a kid. What sometimes confused me was the other storyline throughout the story, it is about a boy surviving in a post-apocalyptic world, learning how to get by and take care of himself and sometimes others in this scary time. This story would come up at different times and it would just switch to this perspective, confusing me as a reader at times to where I was in the story.

Gerry's father is not around so the male characters in her life add to the story, her best friend Ian is someone that you are not sure if she is in love with or aspires to be like. Then there is her grandfather, who through her is getting a second chance at being around for a child's life, but the way he spends time with Gerry makes you wonder if there is crazy in all parts of her life.

Honestly, as confusing as this story was at times, I enjoyed the coming of age story during such a difficult period of time in history. I did like the characters that were written, they added a lot to the story, and I think each person Gerry comes into contact with really affects her life and personality in such a huge way. I think Nancy Lee has written a great story, yes it is a little confusing at times, but it's about a girl finding herself while so much is happening around her.
Posted by Andrea @ Cozy Up at 6:00 AM