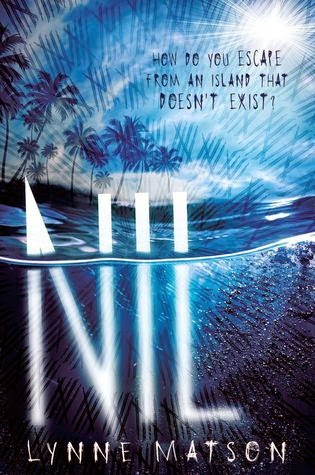 On the mysterious , the rules are set. You have one year. Exactly 365 days--to escape, or you die.

Seventeen-year-old Charley doesn’t know the rules. She doesn’t even know where she is. The last thing she remembers is blacking out, and when she wakes up, she’s lying naked in an empty rock field.

Lost and alone, Charley finds no sign of other people until she meets Thad, the gorgeous leader of a clan of teenage refugees. Soon Charley learns that leaving the island is harder than she thought . . . and so is falling in love. With Thad’s time running out, Charley realizes that to save their future, Charley must first save him. And on an island rife with dangers, their greatest threat is time.

What an interesting concept this book had, I really loved the idea of teens being stuck on an island and only have so much time to escape before they die. I think Lynne had a great idea, but the whole concept was not brought out as well as I thought in the story. As much as there were great things about the story, I felt like the romance story took precedent and it wasn't what I was looking for from this book.

I liked the idea that none of the people on the island truly understand what is happening, and that Matson makes the island a character itself. Many characters refer to the island as a person, commenting on how NIL will throw anything at those staying, making it seem like a game. It's great that a happy moment can be so easily ruined, you can see that whoever is in charge plays with the characters emotions, showing them that nothing is for certain. This idea really makes the book creepy, with readers never really knowing what could happen next.

For me the biggest problem I had, was the way the romance was portrayed between Charley and Thad. I just felt like that's what the story revolved around once they met, instead of actually figuring out the island and how to beat this "game". It seems like right away these two are meant for each other, even though they know nothing about the other person, and I can see how in a way it added to the story, but I personally felt like this aspect took away from the overall feeling of how scary this island is.

I did think that Charley's character was great, she is a fighter and she learns a lot about herself while on NIL. She has this strength of fighting to stay alive in the worst conditions and she gets through some tough situations with her determination to get out of this place. I think that she is the only true one who had the determination to try and figure out the puzzle of the island, whereas the others that she meets just seem to go along with what is happening.

There were a lot of enjoyable parts of this novel for me, but in the end I just could not connect. I felt that what the story was supposed to be about just fell under the radar for another book about two people meeting and falling in love through some dire circumstances. I was enjoying the story at times but I wanted more of the island and what the point behind it was, I think the story needed to delve deeper into that.
Posted by Andrea @ Cozy Up at 6:00 AM