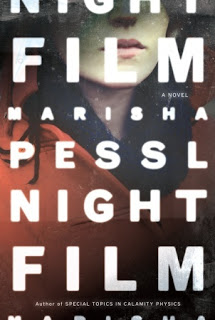 On a damp October night, beautiful young Ashley Cordova is found dead in an abandoned warehouse in lower Manhattan. Though her death is ruled a suicide, veteran investigative journalist Scott McGrath suspects otherwise. As he probes the strange circumstances surrounding Ashley’s life and death, McGrath comes face-to-face with the legacy of her father: the legendary, reclusive cult-horror-film director Stanislas Cordova—a man who hasn’t been seen in public for more than thirty years.

For McGrath, another death connected to this seemingly cursed family dynasty seems more than just a coincidence. Though much has been written about Cordova’s dark and unsettling films, very little is known about the man himself.

Driven by revenge, curiosity, and a need for the truth, McGrath, with the aid of two strangers, is drawn deeper and deeper into Cordova’s eerie, hypnotic world.

The last time he got close to exposing the director, McGrath lost his marriage and his career. This time he might lose even more.

Night Film, the gorgeously written, spellbinding new novel by the dazzlingly inventive Marisha Pessl, will hold you in suspense until you turn the final page.

This book has a lot of press around it, you can tell it's going to be big... and it is (in size and in story). I finished this book last week and am still reeling over everything that happens. Readers can tell that Marisha Pessl really thought out this story, every last detail is intricate and they all come twist together by the end of the story. Though this is a big read, I found myself engrossed in the story and needing to know what happens next, Pessl really pulls you in and keeps you reading.

This book was chilling, as a reader I felt like I was in the story collecting all this information myself. When something happened to McGrath, I could even feel that at times. It was amazing to be brought so deep into the book that I felt like the mystery was mine to solve. The mystery draws you in and there is a point in the book where you just need to keep going. I think I found myself so taken with the book for the last 100 or so pages that I refused to stop reading. Every little thing that happened made me jump and had me stressed out for McGrath, I could feel my heart in my chest as he got closer to the truth.

I will say that I was a little bit disappointed in the ending of this book. McGrath finds out the truth of what happened, but then the story continues on even more, I felt that it was dragged out too long. There is one point where the story closed perfectly, and the author goes on for another 50 pages or so, at that point I lost interest in the characters.

Other than the drawn out ending, I really enjoyed this book, I loved how so many of Cordova's movies were plotted out for readers because they had such an impact on the story themselves, I almost felt like the movies were more characters with how intricate the details were for them. This was definitely a creepy book that keeps you invested in it's large size. If you're in for a good heart-pounding read than pick this one up!