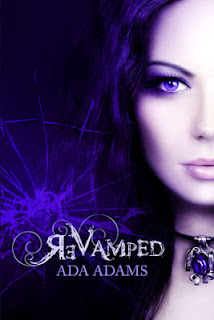 
Nineteen-year-old vampire Dawn has led a sheltered life within the confines of her father’s presidential headquarters. Upon being sent on a mission to revamp four goofy misfits into guardians of a peaceful little town of , Dawn believes that all her dreams have finally come true. What starts off as a simple task, turns into something unexpected, changing Dawn’s life forever and leading the action-loving, thrill-seeking vampire teen on a path of mystery, danger and intrigue.

When a human girl is kidnapped by a group of rogue vamps, Dawn discovers that there is more going on in than meets the eye. And it all connects to Ethan, the cute newcomer who seems too perfect to be true, Sebastian, the mysterious vampire with a turbulent past, and even Dawn herself. Dawn must not only succeed in revamping the troubled recruits, but must also prevent the vampire race from being overtaken by a malevolent villain who has a strange and obsessive fascination with her. As threat escalates, romance blooms, and ghosts from her past begin to surface, Dawn is sure of only one thing: her life will never be the same.

This book was a lot of fun to read. I really found myself immersed in the story. It was a nice quick read and there were a lot of great light funny moments to go along with the action that was happening at the same time. I wasn't sure what to expect from this book going in, with all the vampire books that have been coming out, but I can honestly say that this is definitely a new twist on those vampire books.

Dawn was a really interesting character for me, and I found myself absolutely loving her. She was a strong character with an interesting history. I can't say anything about that without giving away spoilers but trust me, it was not what I was expecting.

This book is nothing like other vampire books out there, it was interesting to see that vampires were actually out in the open and the public accepted them. It made for a different read, and actually made it more fun with some of the characters, because they get excited about knowing the vampires in their towns.

I really enjoyed Dawn, she was a strong heroine throughout the book, but she does show her vulnerable side quite often as well. I liked that she isn't a character that just deals with everything no matter how difficult. I like that you really get in-depth to her emotions and see how hard of a time she has growing up as the vampire president's daughter.

The ending of this book definitely clears things up and shows that everything Dawn has gone through in this story is done with and she will move on to more adventures in the future. I do believe that there will be more books from Ada concerning Dawn and her group of misfit vampires.
Posted by Andrea @ Cozy Up at 10:30 AM