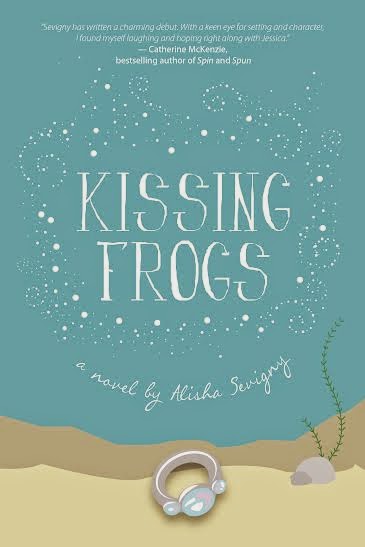 Popular high school senior Jessica Stone has a secret: she used to be a nerd — a goody two-shoes, grade-skipping, all-state spelling bee champ kind of nerd. But she gave herself the ultimate makeover and applied all her academic genius to study and imitate the social elite and now she rules the school. With her cool new friends and hottest-guy-in-school boyfriend, life’s a beach — and that’s where she’s headed for spring break. That is, until her biology teacher breaks the bad news that she’s failing and her only chance to make up the grade is to join the conservation club in to save the golden frog.

Jess finds herself in a foreign country with a new social crew, including a ghost from her past that could threaten her queen bee reputation. Travis Henley may have grown up, but he still likes to play childish games and as payment for retrieving her lost ring from the bottom of a jungle pool, he wants three non-dates. The last thing Jess wants to do is be around him any more than she has to, but she’s desperate to keep him quiet and agrees. Soon she begins to realize the worth of her inner nerd, and that one frog in particular could be her prince in disguise.

This is a cute little book. It's a very quick read being such a short book and I definitely flew through it. Jessica is someone who spent a lot of time remaking herself to become popular in high school, she grew up being a nerd and she wanted to hide that part of herself. As spring break comes up, Jessica is forced to change her plans from going to the beach to spending a week in Panama with the conservation club.

Jessica has worked so hard to change herself and now a ghost from her past threatens to bring out her secret inner nerd. As the trip grows to a close, Jessica begins to see that her true self may not really be that bad of a person to bring out in public. Jess begins to spend more time around Travis and he shows her that who she really is, isn't that bad.

I liked Travis, he was adorable and it was cute to see him try to make up for how he used to act with Jess when they were younger. Readers can see that he wants Jess to have fun and bring out her true nerdy self, that's what really got my attention with this book was how it is about a true nerd that is trying to hide herself. This is a very relateable story in many ways, though it goes a little far out sometimes, it is still a very cute book. One that I think many people will enjoy and can easily read through in a day.
Posted by Andrea @ Cozy Up at 2:28 PM