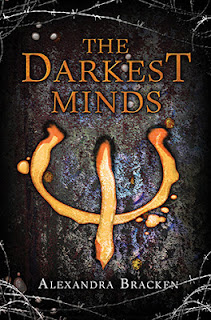 When Ruby woke up on her tenth birthday, something about her had changed. Something alarming enough to make her parents lock her in the garage and call the police. Something that gets her sent to Thurmond, a brutal government “rehabilitation camp.” She might have survived the mysterious disease that’s killed most of ’s children, but she and the others have emerged with something far worse: frightening abilities they cannot control.

Now sixteen, Ruby is one of the dangerous ones.

When the truth comes out, Ruby barely escapes Thurmond with her life. Now she’s on the run, desperate to find the one safe haven left for kids like her—. She joins a group of kids who escaped their own camp. Liam, their brave leader, is falling hard for Ruby. But no matter how much she aches for him, Ruby can’t risk getting close. Not after what happened to her parents.

When they arrive at , nothing is as it seems, least of all its mysterious leader. But there are other forces at work, people who will stop at nothing to use Ruby in their fight against the government. Ruby will be faced with a terrible choice, one that may mean giving up her only chance at a life worth living.


I was really interested in the synopsis of this book, it gave off a really dark feeling of the world we live in with the children of the world contract a disease that give them supernatural abilities that can not be controlled. There was a good amount of action at the beginning and the end of this book, but what really kept me going was questions about people and the mysterious leader of East River. The story was interesting and I would like to see where Bracken takes this in the next book but sadly, I felt a little bored reading this at times and felt that it was missing something to it.

I did enjoy the character of Ruby, but it took me some time. At first I found her to be a little annoying and over the top, but after some time I found that she began learning to take care of herself and she became stronger as the story continued. There were times where I felt that she was too trusting and needed to be more aware of her surroundings, but she wasn't one who needed saving all the time. Ruby was someone who helped others all the time.

The main problem I had with the story is that it skipped over a lot of explanations on things. I would have liked to know more about the background of the disease, like what exactly caused it. Bracken focused more on the characters and learning about them and their history. I just wasn't completely sold on the world that Bracken introduces us to, she needs more information and more background. I also felt that the story went around in circles a few times, always coming back to the same idea, and this made the book a bit slower for me to get through.

I liked what came about at East River with what came out of it, mainly for Ruby's character. I feel like she learned a lot about herself through her experience there. The ending leaves a lot of questions and actually really got to my emotional side (I would rather feel strong emotional scenes throughout the book rather than at just one critical moment though).

It was definitely an interesting story altogether but I just found that in the end it left me with too many unanswered questions. I may continue on with the series in the future but it is not at the top of my list at the moment.
Posted by Andrea @ Cozy Up at 8:00 AM