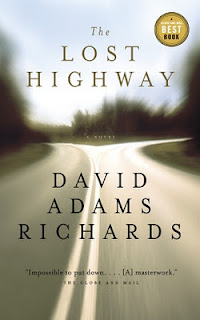 Goodreads Synopsis:
For twenty years, Alex Chapman has been at war with his great-uncle James, popularly known as “The Tyrant.” Disillusioned and ill-tempered, Alex believes James has destroyed his chances in life when things do not “turn out” for him. He especially resents his great-uncle for ruining his chance at happiness with his one true love, Minnie, who married another. Alex seems destined never to amount to anything more than an embittered dreamer, until the night he runs into the simple mechanic Burton Tucker. When Burton says he has just sold James Chapman a winning lottery ticket worth thirteen million dollars, Alex immediately knows that his uncle must never see the money.

I found this book a little slow in the beginning but I am glad I pushed through the first 20 or so pages. I found the story to be very intriguing. I enjoy that the book opens up describing the characters and then you get the background story on Alex to understand why he is such an unlikeable character. In the beginning I found myself sympathizing with Alex until I got to know him better.

The one drawback I found with this book was the I found information being repeated a few times over throughout the book. For instance one character decides he wants to be called Bourquey, I found it continually being mentioned. I feel that after the first instance a writer does not need to keep reminding a reader about that. But it is not prominent in the book and only happens a few times.

I fund this story really showed ethical dilemmas at their height and how the morals of people can determine life or death. David Adams Richards writing keeps readers entertained and questioning until the end. I read that there was mystery involved and couldn't understand where the mystery came in, until the end when he keeps you wondering what happened to the characters.

Other books by David Adams Richards:
Mercy Among the Children
Nights Below Station Streets
The Friends of Meager Fortune