So I went off to the 10th anniversary party for the Giller Light last night and I have to say it was a blast! There were so many people to chat with, and some great music and of course lots  of dancing! They got a live band this year! There were also great appetizers being served throughout the night. The venue was absolutely gorgeous, it was at The Burroughes downtown Toronto, and you could go out on the roof (which had a spectacular view, sorry no pictures since my camera battery died before the party). 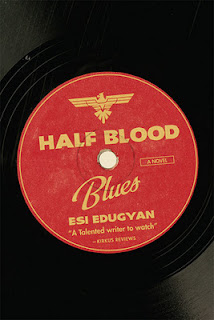 There were some great prizes being given away, including a Kobo ereader every half hour and some great raffle prizes! They also had some volunteers selling all the short-listed books there (wish I had brought cash with me to pick up some of those...).

At the end of the night, the organizers of the party were giving out some great swag bags for everyone who came to the party! I love the bag, on the other side is a nice little pocket (fits a book perfectly!) 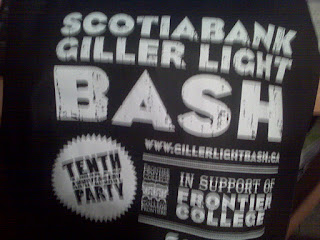 I had to start digging through my bag immediately to see what goodies were in there! 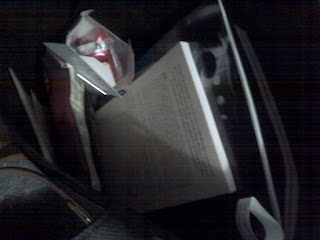 Some nice new books, a couple of magazines (Walrus and Chatelaine... I LOVE Chatelaine magazine), and some nice treats... including a Ring Pop :). It was a great night to catch up with old friends and meet some new people.

Can't wait for next year!!