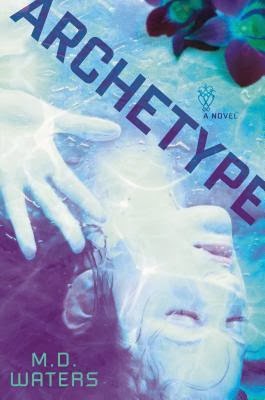 Introducing a breathtakingly inventive futuristic suspense novel about one woman who rebels against everything she is told to believe.

Emma wakes in a hospital, with no memory of what came before. Her husband, Declan, a powerful, seductive man, provides her with new memories, but her dreams contradict his stories, showing her a past life she can’t believe possible: memories of war, of a camp where girls are trained to be wives, of love for another man. Something inside her tells her not to speak of this, but she does not know why. She only knows she is at war with herself.

Suppressing those dreams during daylight hours, Emma lets Declan mold her into a happily married woman and begins to fall in love with him. But the day Noah stands before her, the line between her reality and dreams shatters.

In a future where women are a rare commodity, Emma fights for freedom but is held captive by the love of two men—one her husband, the other her worst enemy. If only she could remember which is which. . . .

The first novel in a two-part series, Archetype heralds the arrival of a truly memorable character—and the talented author who created her.

Oh my gosh, this book was intense, and impossible to stop reading once I started. This is definitely an amazing suspense novel with some interesting scientific ideas behind it. So much that happened in this book completely blew my mind, and I found myself surprised at the twists that kept coming. What really made this story is how it makes readers think about where the future of humanity could go, if some of these scientific advancements actually happened.

The world building in this story is disturbing but not unsurprising, it is reminiscent of THE HANDMAID'S TALE by Margaret Atwood (a classic book). Fertility is at an all-time low during this time and girls are trained to become wives of the richest men in the world. It's scary to think that the world could turn into something like this.

ARCHETYPE gives readers an amazing main character that is truly someone I admire. Emma wakes up with no memory of the past, and as much as she tries to remember she just can't. Her dreams give her a view of a life that contradicts what she has been told, she doesn't know which story to believe. Slowly her memory begins to come back to her, as we see two parts to one person, it was interesting to bring these two characters together as a new person. Emma is a character that learns to fight for what she believes in,a dn for the freedom of the female population.

The one small issue with this book that made it difficult to love the story was the romance aspect. It seemed overdone and Emma gave in to easily to trust just because she was told she loved this person. Neither of these two male characters treat Emma with any respect (in my opinion), and I don't believe that either of those characters were a right match for Emma. Though both male characters were intriguing and I definitely wanted to know more about each of them.

Overall this book was amazing, and intense, it's addictive because you want to know the truth behind what happened to Emma. The ending of this book is crazy and M.D. Waters leaves you needing more as soon as possible (I'm glad that the next book will be out soon). I am excited to see what is next for Emma, and how she deals with the revelations that came out in this book.
Posted by Andrea @ Cozy Up at 6:00 AM