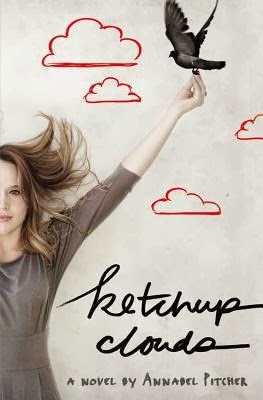 Ignore the blob of red in the top left corner. It's jam, not blood, though I don't think I need to tell you the difference. It wasn't your wife's jam the police found on your shoe. . . .

Mine wasn't a woman. Mine was a boy. And I killed him exactly three months ago.

Hidden away in her backyard shed in the middle of the night with a jam sandwich in one hand and a pen in the other, Zoe gives a voice to her heart and her fears after months of silence. Mr. Harris may never respond to Zoe's letters, but at least somebody will know her story--somebody who knows what it's like to kill a person you love. Only through her unusual confession can Zoe hope to atone for her mistakes that have torn lives apart, and work to put her own life back together again.

Rising literary star Annabel Pitcher pens a captivating second novel, rich with her distinctive balance between humor and heart. Annabel explores the themes of first love, guilt, and grief, introducing a character with a witty voice and true emotional resonance.

This book is not usually my cup of tea, I don't often do stories that are written in a letter format, but I am slowly enjoying them more and more. This type of story-telling works so well for the book Ketchup Clouds. I really felt that the voice of Zoe was so unconventional and yet it really made her an interesting character. I enjoyed the way that Zoe is able to confess everything to this one person she finds a connection with.

I flew this story, refusing to put it down because I really wanted to come to the mistake and what happened that Zoe believes she killed someone. To be honest I'm disappointed I let this book sit on my shelf for so long, something in this story really spoke to me. The story is told in parts and Zoe intersperses what is going on her life now as well as what brought her to where she is. I love how the letters never get too dark, when they start going in a certain direction, Zoe brings out this sarcasm that makes you chuckle a little bit. The way the story is written is exactly how someone would tell it in person, when it gets too emotional for them they need to stop and take a breather.

The thing about this book that makes it that book that everyone should read is how heartfelt it is. Readers really get into Zoe's mind and how she feels that she makes one mistake that not only drastically changes her own life but that of a family that she comes to know along the way. The difficult part of this story is that because of the way it is written it doesn't have the depth some other books do, you don't really connect with all the characters (at least for me).

At the heart of this book is a love story and it is largely about a love triangle, and this is where I became a bit confused... I can't say that I completely understand the relationship with the one boy that she is in love with. I didn't feel the connection between these two, and that brought my love for the book down a little.

But I do think Annabel has written a beautiful story nonetheless, Zoe is a character who is struggling with a secret and she believes that to overcome her grief she must confess to someone who she connects with and Zoe can see them understanding. It was interesting to read as Zoe connects her story to that of Mr. Harris (the person who is receiving the letters, though there is no response). Zoe understands her mistakes and is trying to atone for them, though she is still young and learning about life. I really do think this story is a great one to curl up with and just spend the day with Zoe and her story.