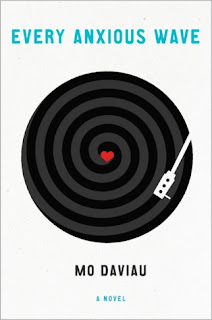 Good guy Karl Bender is a thirty-something bar owner whose life lacks love and meaning. When he stumbles upon a time-travelling worm hole in his closet, Karl and his best friend Wayne develop a side business selling access to people who want to travel back in time to listen to their favorite bands. It's a pretty ingenious plan, until Karl, intending to send Wayne to 1980, transports him back to 980 instead. Though Wayne sends texts extolling the quality of life in tenth century "Mannahatta," Karl is distraught that he can't bring his friend back. Enter brilliant, prickly, overweight astrophysicist, Lena Geduldig. Karl and Lena's connection is immediate. While they work on getting Wayne back, Karl and Lena fall in love -- with time travel, and each other. Unable to resist meddling with the past, Karl and Lena bounce around time. When Lena ultimately prevents her own long-ago rape, she alters the course of her life and threatens her future with Karl. A high-spirited and engaging novel, EVERY ANXIOUS WAVE plays ball with the big questions of where we would go and who we would become if we could rewrite our pasts, as well as how to hold on to love across time.

When I first heard about this book, it really peaked my interest, I can never say no to a book about time travel, and the addition of using the portal to relive some of the best concerts in history really seemed intriguing. Like every book about time travel, there is always that person that wants to change the past and save someone, and of course this brings trouble to Karl and Wayne... especially when Karl sends Wayne back to the wrong year and know he is stuck in time.

Honestly, this book was not at all what I expected it to be, the connection between Lena and Karl was weird and I found it made the story difficult to read at times because it just didn't seem real at all. Karl calls Lena because she is the only one who he believes he can trust based off of her picture, but he quickly learns that she has a lot more hidden in her past that could change everything between them. Lena quickly takes advantage of Karl and goes back to change her life which ultimately affects the future between her and Karl.

I will definitely say that this story was difficult for me to get into, I found that it was bogged down with too much information and that it took too long to get into the real story. Though I will say I did enjoy how Mo Daviau took on the question of what someone would do if they could change their past and how it affects others. The other part of this is how Daviau brings in the idea of the characters' future selves and how easy it is to change every little thing.

I wasn't a fan of any of the characters, none of them seemed to have any redeeming qualities, and they didn't really seem to try and change for the better as the book continued. There were a few points where I did like Karl and he redeemed himself, and he had some humorous moments... the banter between him and Wayne was fun, especially as Wayne is texting about the year 980 and how it has changed his life.

All in all, this book just didn't really sit with me all that well. There are enjoyable moments, and it has a great message about how changing the past not only affects you as a person but those that you have come in contact with. But there was so much about this book that I took offense to and I just had a hard time grasping everything that was written. If it is something that interests you, give it a try, but sadly I just can't recommend this one.
Posted by Andrea @ Cozy Up at 6:00 AM