Review: The Clock of Life by Nancy Klann-Moren 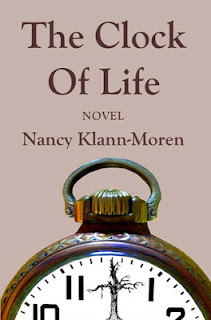 Received: Received a copy from the author in exchange for an honest review

In the small town of Hadlee, Mississippi, during the 1980's, Jason Lee Rainey struggles to find his way amongst the old, steadfast Southern attitudes about race, while his friendship with a black boy, Samson Johnson, deepens.

By way of stories from others, Jason Lee learns about his larger-than-life father, who was killed in Vietnam. He longs to become that sort of man, but doesn't believe he has it in him.

In The Clock Of Life he learns lessons from the past, and the realities of inequality. He flourishes with the bond of friendship; endures the pain of senseless death; finds the courage to stand up for what he believes is right; and comes to realize he is his father's son.

This story explores how two unsettling chapters in American history, the Civil Rights Movement and the Vietnam War, affect the fate of a family, a town, and two boyhood friends.

This book reminded me a tiny little bit of To Kill A Mockingbird. I really enjoyed this story, it's really about a boy who is growing up during a time of change, and yet in a town that refuses to accept this change. I thought Jason Lee's character was strong and despite some obstacles he learns a lot about himself over the course of the novel.

As much as I really enjoyed reading the story, and got into everything that was happening, I felt that many of the characters were missing something that I can't quite grasp what it is. The main character of Jason Lee was interesting and I loved his thoughts and really watching as he learned about himself, but I wanted more from the secondary characters. I wanted to know more about his friendship with Samson, it seemed like that became pushed into the background as the book went on and as Jason began learning about his father. For me as I was reading, I felt that I missed out on aspects of this friendship and I had thought it was supposed to be a large part of the story. I just wanted a little more from it.

What really got to me in this book was the way that Jason Lee changes over the years as he learns more about his father and what he was like when he was alive. Learning the story of his father when he was young and how he helped to change the future has such a huge impact on Jason Lee and how he views life. Jason Lee slowly learns secrets about his father, things his mother has kept hidden from him and as these stories come out, Jason grows more and finds that he wants to become more like his father.

Nancy Klann-Moren adds in some great history to this story as well, taking readers back to the Civil Rights Movement and the march from Selma to Montgomery. There is also mention of Bloody Sunday and many issues that people went through to get to where we are today. And I think that little bit of history added in, in such a real way changed the tone of the novel for me.

I did have one other tiny issue while reading, and that was some of the transitions between chapters and between sections in a chapter. At times I felt that they were a little choppy and I found myself a little confused at times. The story itself was great and very touching but I just felt that it jumped around at times.