Review: Stone in the Sky by Cecil Castellucci 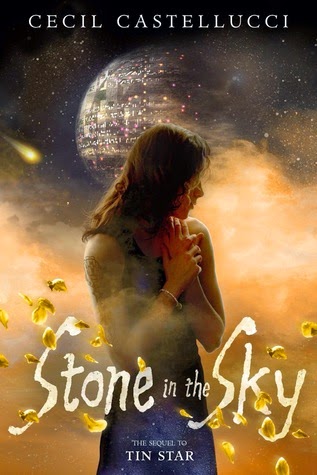 In this thrilling follow-up to Tin Star, Tula will need to rely on more than just her wits to save her only home in the sky.

After escaping death a second time, Tula Bane is now even thirstier for revenge. She spends much of her time in the Tin Star Café on the Yertina Feray—the space station she calls home. But when it's discovered that the desolate and abandoned planet near the station has high quantities of a precious resource, the once sleepy space station becomes a major player in intergalactic politics. In the spirit of the Gold Rush, aliens from all over the galaxy race to cash in—including Tula's worst enemy. 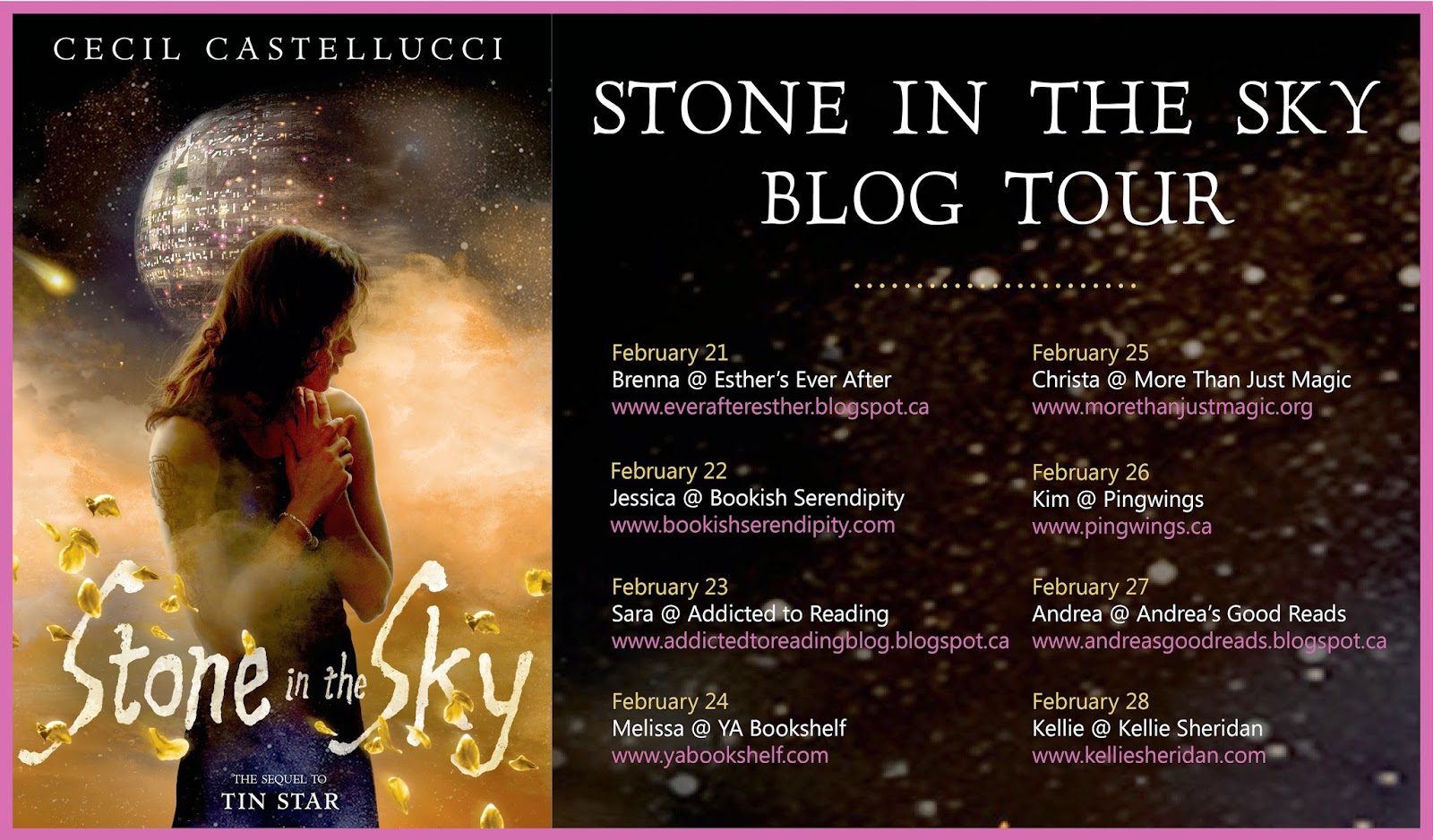 First off, I would love to say thank you to Raincoast Books for allowing me to take part in this blog tour, this is such an amazing story and I am glad to be able to help spread the word about it.

When I read Tin Star last year, I did not expect what I got out of the story, it was such an amazing story with a character that will touch your heart and she prevails through so much. Stone in the Sky is the continuation of Tula's story. Tula is even more set on revenge for Brother Blue after her escape the second time around. I am really happy that Cecil has continued this story, because there is so much more to Tula and after the strength she gained in the first book, she still has a lot of issues to deal with in this book.

When Brother Blue comes back to Yertina Feray, events change quickly and Tula has to run until she can fight back and take Brother Blue down for good. The first thing Tula has to do is deal with some of the things that she did to survive in the last book. There are many friends that she is grieving, and others she hopes will find their way back to her (though some have a different opinion of her because of the way she forced them out). In many ways, Tula is still trying to do everything for herself, though as she continues on her journey she meets many new people as well as seeing some old faces, and she tries to recruit them and have them understand that they have been lied to for years.

Cecil gets in some action in this story, as things come to a head even more, Tula is absolutely devoted to saving her new home, Yertina Feray. What is amazing is that even though Tula is determined to bring down Brother Blue she also has such a big heart that she becomes determined to help the others she comes in contact with and keep them from harm. I absolutely love Tula and the strength she shows as she grows throughout the series. Even though Tula seems to be strong she still shows that she is scared of things and she doesn't always know how to get out of a situation.

Tula has a lot of amazing friends that help her through and I love how the secondary characters really affect how Tula grows. This series is a truly gripping story that will keep readers on the edge as they watch the fight between Tula and Brother Blue unfold. Castellucci has created an intriguing world with a lot of political issues, and the fact that it takes place in space and there is so much travel really draws readers in. I highly recommend these books, Castellucci's writing will put a spell on any reader and she draws you right into the story to the point where you never want to leave this world.