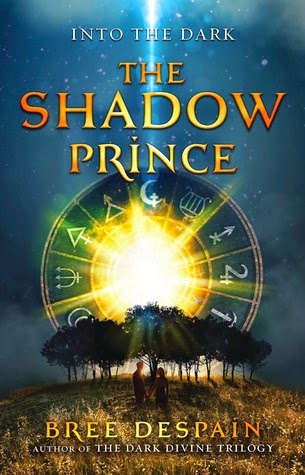 Haden Lord, the disgraced prince of the Underrealm, has been sent to the mortal world to entice a girl into returning with him to the land of the dead. Posing as a student at Olympus Hills High—a haven for children of the rich and famous—Haden must single out the one girl rumored to be able to restore immortality to his race.

Daphne Raines has dreams much bigger than her tiny southern Utah town, so when her rock star dad suddenly reappears, offering her full tuition to Olympus Hills High’s prestigious music program, she sees an opportunity to catch the break she needs to make it as a singer. But upon moving into her estranged father’s mansion in California, and attending her glamorous new school, Daphne soon realizes she isn’t the only student in Olympus who doesn’t quite belong.

Haden and Daphne—destined for each other—know nothing of the true stakes their fated courtship entails. As war between the gods brews, the teenagers’ lives collide. But Daphne won’t be wooed easily and when it seems their prophesied link could happen, Haden realizes something he never intended—he’s fallen in love. Now to save themselves, Haden and Daphne must rewrite their destinies. But as their destinies change, so do the fates of both their worlds.

This was a huge book to get into, there was a lot going on and it was a bit overwhelming at times for me, but once I truly got into the story I was intrigued and I wanted to see where exactly things would go. I really liked the mythology aspect that Bree Despain has used for her story, it is what caught my attention and had me hooked.

The book is split into two perspectives, readers get to hear from both Haden and Daphne, I will be honest and say that I liked Haden's perspective a little better. Haden had a lot more going on in his mind and you could see that he was a very complex type of person. Daphne's problems seem so trivial when you compare them to what Haden is going through.  What I really liked is that it wasn't an instant love for Daphne and Haden, but it does come along fairly quickly. You can tell there is still a lot more to learn about the destiny that these two have and I'm intrigued to see where the story goes from where we have left off.


The one thing in Daphne's life that is difficult is dealing with her father who she hasn't seen in years, her entire life has been uprooted and so much changes. This is the opportunity that Daphne has waited her whole life for but she doesn't truly believe she deserves it, it is one of those she believes she is only getting things because of who her father is. These two characters finally get together and they attempt to choose their own destiny. This is a long book but I believe it was worth the time in the end, there is a great back story and I do believe that Bree Despain has started an intriguing series with this book.