Review: Children of the Jacaranda Tree by Sahar Delijani 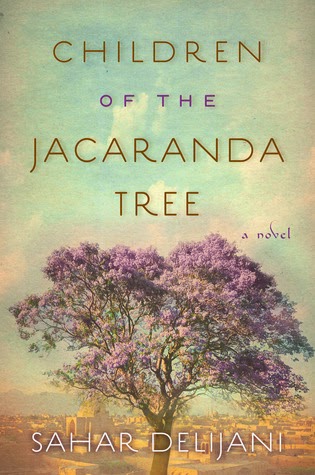 A COUNTRY DIVIDED BY REVOLUTION A PEOPLE UNITED BY LOVE

Neda is born in Tehran’s Evin Prison, where her mother is allowed to nurse her for a few months before the arms of a guard appear at the cell door one day and, simply, take her away. In another part of the city, three-year-old Omid witnesses the arrests of his political activist parents from his perch at their kitchen table, yogurt dripping from his fingertips. More than twenty years after the violent, bloody purge that took place inside Tehran’s prisons, Sheida learns that her father was one of those executed, that the silent void firmly planted between her and her mother all these years was not just the sad loss that comes with death, but the anguish and the horror of murder.

These are the Children of the Jacaranda Tree. Set in post-revolutionary from 1983 to 2011, this stunning debut novel follows a group of mothers, fathers, children, and lovers, some related by blood, others brought together by the tide of history that washes over their lives. Finally, years later, it is the next generation that is left with the burden of the past and their country’s tenuous future as a new wave of protest and political strife begins.

Children of the Jacaranda Tree is an evocative portrait of three generations of men and women inspired by love and poetry, burning with idealism, chasing dreams of justice and freedom. Written in Sahar Delijani’s spellbinding prose, capturing the intimate side of revolution in a country where the weight of history is all around, it is a moving tribute to anyone who has ever answered its call.

In such a small amount of pages this book really brings up some heavy issues. I did take awhile to read this story because of everything that is going on and the large cast of characters. The book jumps around between the different people, from those that were inside the prison, to their children and how their lives have been affected by the past. Sahar Delijani has a beautiful writing style but at times I felt like it was a little disjointed because of how confused I could get of who I was following.

Sahar Delijani writes with conviction and this book really shows how easily one generation impacts the following generations, as we see those who have survived the prisons now come back to teach their children about the past and these are the people left to clean up the mess. The one thing that was difficult was how the story was not told in a linear way, it jumps around from the parent to the child and how they have moved on from the war but never forgotten what happened.

When a new generation begins protesting and having political strife, the new generation looks back at history and how that impacted what is happening now. All these characters have so much to deal with, it is hard to imagine being in any of their places. Honestly, as much as I had difficulties with some things, I did love how emotional and beautiful Delijani has made this story. I really enjoyed what came out of this story, especially bringing out a real look into what happened years ago in Tehran and how those people dealt with the aftermath.
Posted by Andrea @ Cozy Up at 7:00 AM