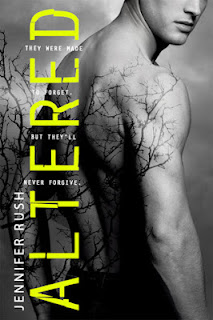 Pages: 336
Received: Received an egalley from the publisher

When you can’t trust yourself, who can you believe?

Everything about Anna’s life is a secret. Her father works for the Branch at the helm of its latest project: monitoring and administering treatments to the four genetically altered boys in the lab below their farmhouse. There’s Nick, Cas, Trev . . . and Sam, who’s stolen Anna’s heart. When the Branch decides it’s time to take the boys, Sam stages an escape, killing the agents sent to retrieve them.

Anna is torn between following Sam or staying behind in the safety of her everyday life. But her father pushes her to flee, making Sam promise to keep her away from the Branch, at all costs. There’s just one problem. Sam and the boys don’t remember anything before living in the lab—not even their true identities.

Now on the run, Anna soon discovers that she and Sam are connected in more ways than either of them expected. And if they’re both going to survive, they must piece together the clues of their past before the Branch catches up to them and steals it all away.

I wasn't really sure what I was getting into when I opened this book, I liked the idea that this story focused on the boys rather than Anna (though she is a big part of this book since it's told from her perspective). The story had an interesting mystery to it. Following the boys' escape they run to find out about their past. I really enjoyed how there are clues that take readers back to the guys past lives, it was really interesting to see how these clues were left behind. I also really enjoyed how as a reader you learn about everything along with the characters.

I really enjoyed the relationship the four guys had with one another. They had this special bond and always had each other's back when needed. I really liked how they were in tune with one another, and Rush gives a really great explanation for this. That was a big thing in this book actually, was a great scientific background to the experiments.

Anna was the most interesting character for me as well. As much as this is a story about the boys and their past it's also a lot about Anna learning things about herself. What I really liked about Anna was that you see her girlishness when she is around the guys because they are so big and strong but she hides it and tries to be strong instead of needing to have the guys save her. But despite the strength Anna shows throughout, you really get to see her weaknesses as well, I love that she isn't perfect, it makes her more real.

As much as I liked this book, I found that the chapters were very short (which isn't normally a problem) and ended very abruptly. When the chapters ended I felt like there still should have been more to it, and then the next chapter just starts up somewhere different. I wanted more out of the story, I just felt that at times (especially in the beginning of the book) should have added more information on things. But I do think ALTERED was a good beginning to a new series. I found that there were a lot of great twists that I definitely did not see coming and the ending wasn't much of a cliffhanger, I have a feeling that book 2 will be a continuation on the story but with different ideas.
Posted by Andrea @ Cozy Up at 8:00 AM