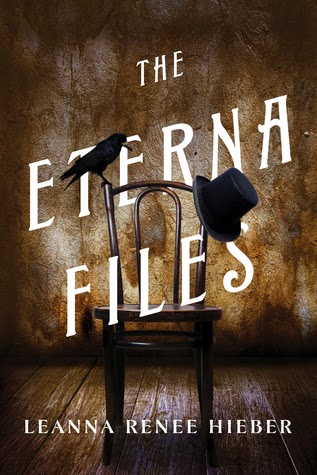 London, 1882: Queen Victoria appoints Harold Spire of the Metropolitan Police to Special Branch Division Omega. Omega is to secretly investigate paranormal and supernatural events and persons. Spire, a skeptic driven to protect the helpless and see justice done, is the perfect man to lead the department, which employs scholars and scientists, assassins and con men, and a traveling circus. Spire's chief researcher is Rose Everhart, who believes fervently that there is more to the world than can be seen by mortal eyes.

Their first mission: find the Eterna Compound, which grants immortality. Catastrophe destroyed the hidden laboratory in New York City where Eterna was developed, but the Queen is convinced someone escaped—and has a sample of Eterna.

Also searching for Eterna is an American, Clara Templeton, who helped start the project after the assassination of Abraham Lincoln nearly destroyed her nation. Haunted by the ghost of her beloved, she is determined that the Eterna Compound—and the immortality it will convey—will be controlled by the United States, not Great Britain.

This was a hard book for me to get through, I don't think it ended up really being for me. The story seemed to jump around a lot between the two different groups looking for Eterna and I had a hard time following where everything was going. I do believe that there were a lot of great elements, but I think that I picked up this book at a time that it just couldn't keep my attention.

Everyone is after the Eterna Compound, an item that will grant immortality, but the laboratory and everyone that was a part of the group that was hired to develop the product was destroyed, though many people still believe that something or someone was able to make it through. I thought that Leanna Renee Hieber had a great idea but her execution was a little off. There are two journeys, that of Rose Everhart, from England and that of Clara Templeton, who was part of the beginning of the project and the story moves between their two stories and how Eterna is affecting them both. I think a large part of the book is that the voices of Clara and Rose are not all that different and my mind became strained to figure out which was which. Their personalities had some differences to help but they were too similar of people to be able to tell both their stories intertwined.

There is a lot of conspiracy theories and the idea that there is more to the world that can be seen with the eye, and I really enjoyed that aspect. Clara is aided throughout the story by the ghost of her beloved, and they are both trying to keep the Eterna Compound away from the British Government. Whereas Rose is more on the scientific rather than spiritual plane of things.

This book just took too long and seemed a little all over the place for my liking, I felt that for two people who were after the same thing, their stories should have intersected sooner. I also felt that along the way a lot of ideas are rehashed and continually told over again. I really wanted to like this book, but it just ended up not being the one for me.
Posted by Andrea @ Cozy Up at 9:16 AM