Giveaway: Omens and Visions by Kelley Armstrong (CA only)

Kelley Armstrong is an amazing Canadian writer and if you haven't had the chance to check out her newest adult series The Cainsville Series, you should definitely start. Today the second book in the series (Visions) comes out in hardcover, and the first book, Omens (which I was lucky enough to review last year) is available in paperback.

Thanks to the amazing people over at Random House of Canada, I am giving away a copy of Omens in paperback and a hardcover copy of Visions. This contest is available only for Canadians. So if you want to start the series, here is your chance with the first two books. You can enter the contest below. Check out more information below on both books. 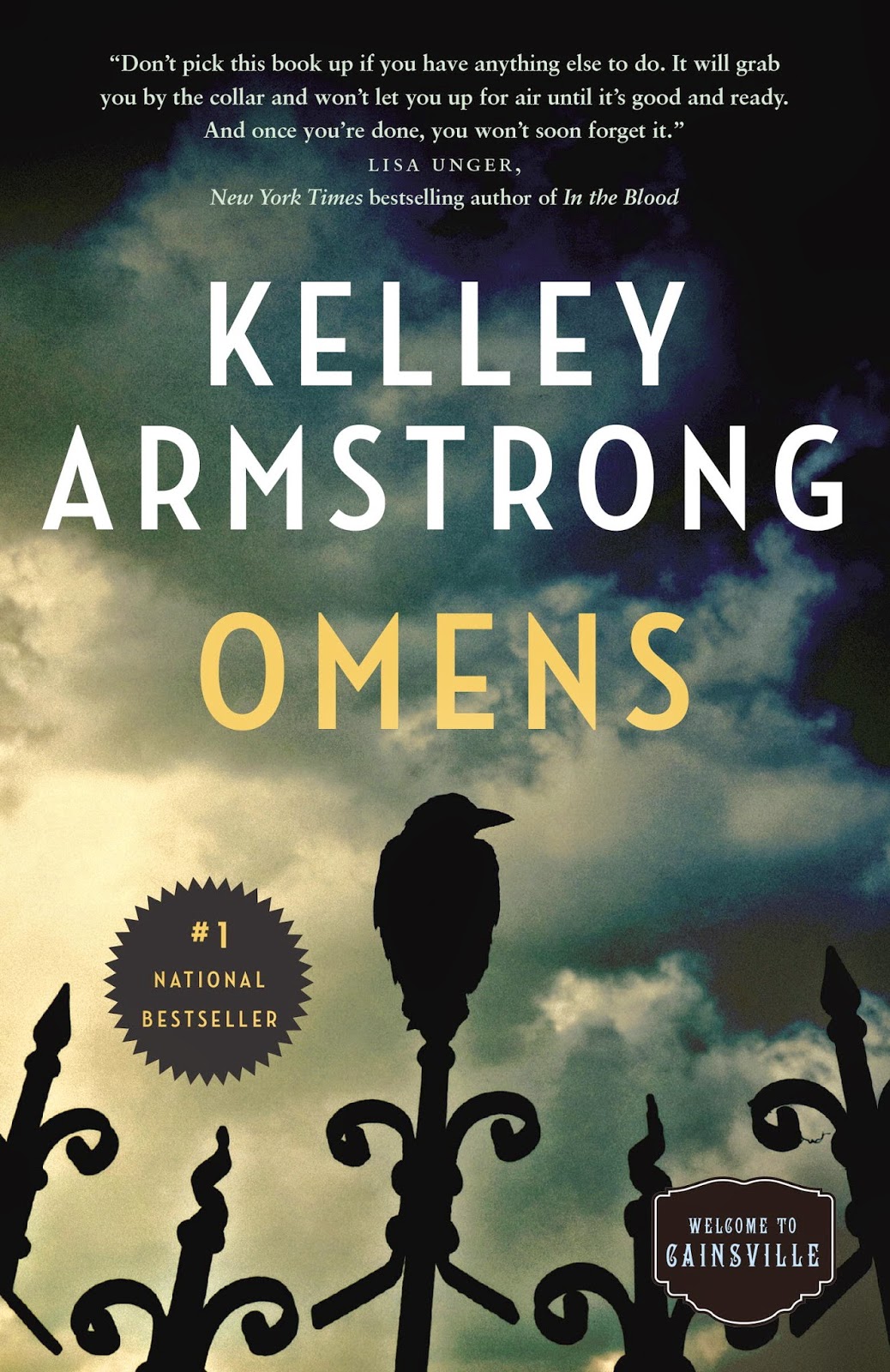 OMENS:
Twenty-four-year-old Olivia Taylor Jones has the perfect life. The only daughter of a wealthy, prominent family, she has an Ivy League education, pursues volunteerism and philanthropy, and is engaged to a handsome young tech firm CEO with political ambitions.

But Olivia’s world is shattered when she learns that she’s adopted. Her real parents? Todd and Pamela Larsen, notorious serial killers serving a life sentence. When the news brings a maelstrom of unwanted publicity to her adopted family and fiancé, Olivia decides to find out the truth about the Larsens.

Olivia ends up in the small town of , , an old and cloistered community that takes a particular interest in both Olivia and her efforts to uncover her birth parents’ past.
http://www.randomhouse.ca/books/213514/omens-by-kelley-armstrong 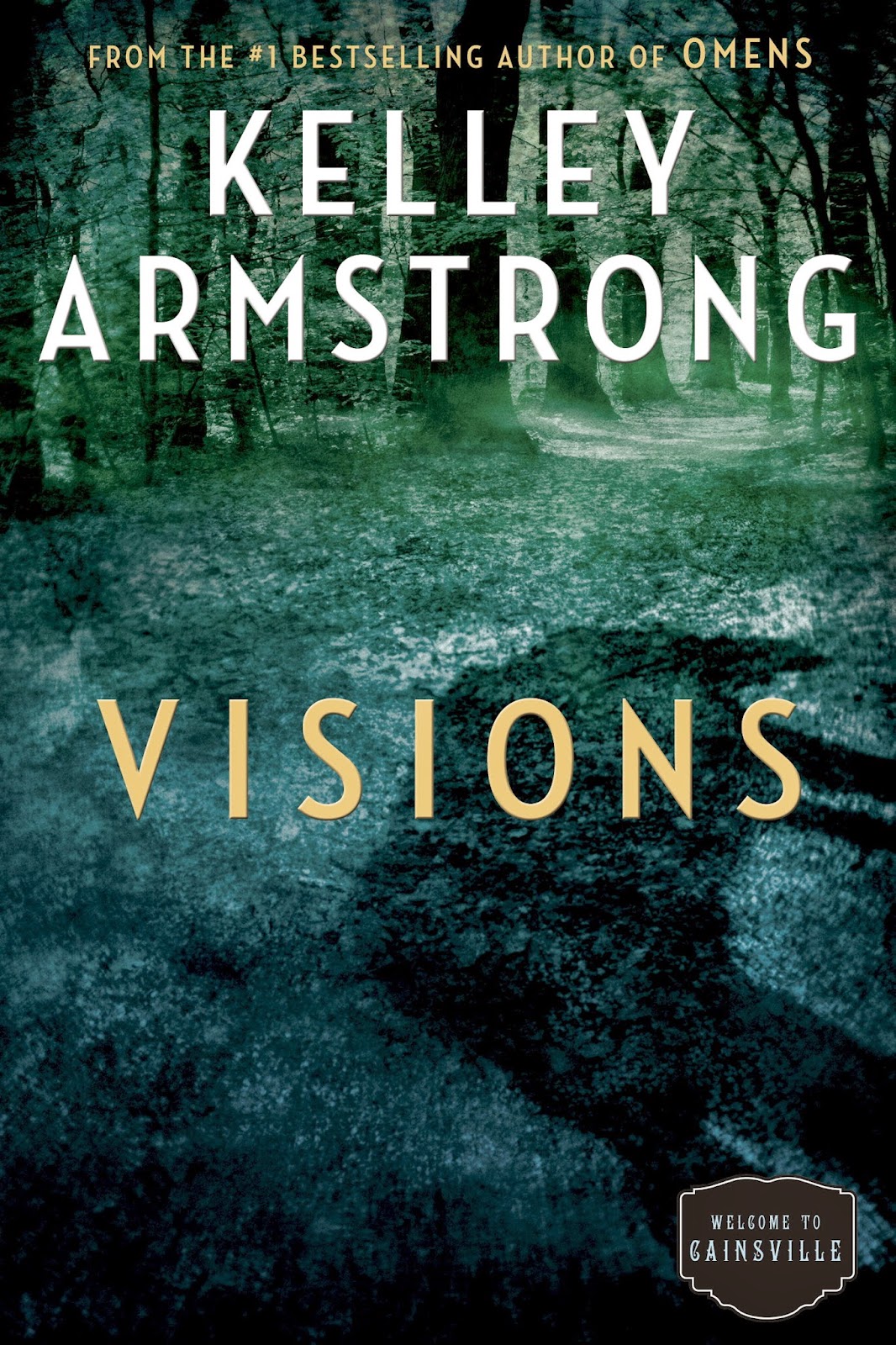 VISIONS:
Omens, the first installment in Kelley Armstrong’s exciting new series, introduced Olivia Taylor-Jones, daughter of notorious serial killers, and Gabriel Walsh, the self-serving, morally ambiguous lawyer who became her unlikely ally. Together, they chased down a devious killer and partially cleared her parents of their horrifying crimes.

Their success, however, is short-lived. While Olivia takes refuge in the old, secluded town of , Gabriel’s past mistakes have come to light, creating a rift between the pair just when she needs his help the most.

Olivia finds a dead woman in her car, dressed to look like her, but the body vanishes before anyone else sees it. Olivia’s convinced it’s another omen, a sign of impending danger. But then she learns that a troubled young woman went missing just days ago—the same woman Olivia found dead in her car. Someone has gone to great lengths to kill and leave this young woman as a warning. But why? And what role has her new home played in this disturbing murder?

Olivia’s effort to uncover the truth places her in the crosshairs of old and powerful forces, forces that have their own agenda, and closely guarded secrets they don’t want revealed.
http://www.randomhouse.ca/books/213515/visions-by-kelley-armstrong

I'm already starting book two, because I am so excited to see more of these characters and reimmerse myself in the creepy world that Kelley has so expertly created. Once again this contest is only open to Canadian residents.

a Rafflecopter giveaway
Posted by Andrea @ Cozy Up at 7:00 AM