Review: The Kept by James Scott 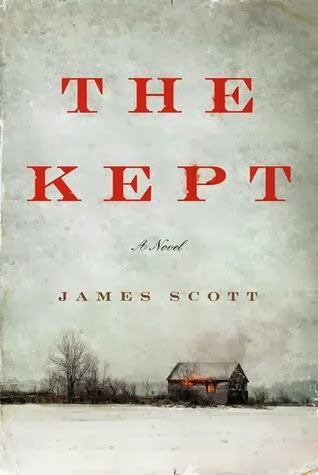 Set in rural New York state at the turn of the twentieth century, superb new talent James Scott makes his literary debut with The Kept—a propulsive novel reminiscent of the works of Michael Ondaatje, Cormac McCarthy, and Bonnie Jo Campbell, in which a mother and her young son embark on a quest to avenge a terrible and violent tragedy that has shattered their secluded family.

In the winter of 1897, a trio of killers descends upon an isolated farm in upstate . Midwife Elspeth Howell returns home to the carnage: her husband, and four of her children, murdered. Before she can discover her remaining son Caleb, alive and hiding in the kitchen pantry, another shot rings out over the snow-covered valley. Twelve-year-old Caleb must tend to his mother until she recovers enough for them to take to the frozen wilderness in search of the men responsible.

A scorching portrait of a merciless world — of guilt and lost innocence, atonement and retribution, resilience and sacrifice, pregnant obsession and primal adolescence — The Kept introduces an old-beyond-his-years protagonist as indelible and heartbreaking as Mattie Ross of True Grit or Jimmy Blevins of All the Pretty Horses, as well as a shape-shifting mother as enigmatic and mysterious as a character drawn by Russell Banks or Marilynne Robinson.

I think this was an amazing debut novel, the story and the characters were intriguing and the way that it is written really makes you think about things. We are quickly introduced to Elspeth as she is returning home to her family, and what she finds is the most disturbing scene anyone could come home to. She finds her family murdered, yet her one son is hiding in the pantry. Elspeth and her son Caleb soon leave their home and look to find revenge on those that have caused this tragedy.

The story is told in alternating viewpoints from Elspeth and Caleb, to be honest I was more interested in Caleb's part of the story. It was interesting to see how this boy had to grow up so quickly and how he took to this. Caleb has been isolated with his family his entire life and this is his first time in a town with so many people. Readers watch as Caleb grows and becomes someone far beyond his age, doing whatever he can to avenge his family, but along the way secrets also come out that make him wonder what he really knows.

Though I was interested in Caleb's portion more, Elspeth's story also gives readers a lot of history sporadically through the story. I did like how Elspeth establishes herself in this town and takes her time in being strategic with who and what she is looking for, but along the way Elspeth runs into quite a few problems that stall her ideas. Most of Elspeth's story is seeing reminders of her past in almost everything that she passes, and it really let's you understand her more.

This story really portrays family in a different way and gives readers two distinct voices in fiction. This book takes some dark turns and gives a portrayal of a dark world, where no one is innocent, no matter what. Reading about the journey and how Caleb and Elspeth's relationship grew and changed really made the story. This is one book that will keep you on the edge trying to figure out everything that is going on and what kinds of secrets can be kept and for how long. This story shows that not everything will stay hidden forever.
Posted by Andrea @ Cozy Up at 6:00 AM