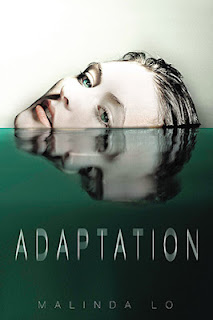 Reese can’t remember anything from the time between the accident and the day she woke up almost a month later. She only knows one thing: She’s different now.


Across North America, flocks of birds hurl themselves into airplanes, causing at least a dozen to crash. Thousands of people die. Fearing terrorism, the United States government grounds all flights, and millions of travelers are stranded.

Reese and her debate team partner and longtime crush David are in Arizona when it happens. Everyone knows the world will never be the same. On their drive home to San Francisco, along a stretch of empty highway at night in the middle of Nevada, a bird flies into their headlights. The car flips over. When they wake up in a military hospital, the doctor won’t tell them what happened, where they are—or how they’ve been miraculously healed.

Things become even stranger when Reese returns home. San Francisco feels like a different place with police enforcing curfew, hazmat teams collecting dead birds, and a strange presence that seems to be following her. When Reese unexpectedly collides with the beautiful Amber Gray, her search for the truth is forced in an entirely new direction—and threatens to expose a vast global conspiracy that the government has worked for decades to keep secret.

Simply put, this book was amazing! I don't even know how to put how much I loved this book into words so bear with me here. Malinda Lo knows how to write a gripping story and keep you interested through everything that happens. The story progresses in a very slow way with readers not really understanding what happened, and then all of a sudden everything comes out at once. But the information isn't overwhelming, it's done perfectly.

I actually was talking with another blogger (Christa from Hooked on Books) and we mentioned how this book reminds us of an episode of THE X-FILES. A lot of weird things begin happening, and if it wasn't for the way that Lo wrote the story I think I would have found the story confusing and too much. There are not a lot of authors that can write a story like ADAPTATION and make it as amazing as it turned out to be.

The idea of a government conspiracy is always attractive to me in a story, I love the idea, and love how the characters really research things and bring up other conspiracies throughout. I adored the conspiracy that came out of this story, it was interesting and done well.

The characters were interesting, I really enjoyed Reese and how she dealt with what was happening to her. She is very head strong and works hard to find out the truth when she realizes that she is missing a lot of information.

Honestly everything about this book was amazing, there is nothing I didn't like about it. Even the ending was jaw dropping. I really want to know what Lo will do in the next story, even though this is a story that could end where it is (I am glad she is continuing because I hate books that leave you with questions at the end). This is a book you must pick up and read now!
Posted by Andrea @ Cozy Up at 11:33 AM