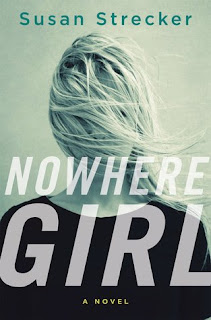 "The day Savannah was killed she was fifteen minutes late to meet me." So begins bookseller favorite Susan Strecker's second novel of twin sisters and the murder that left one twin behind.

Savannah was the popular bad girl skipping school and moving quickly from one boyfriend to the next, so when she didn't meet Cady as promised, Cady wasn't surprised and the truth was Cady was already a bit mad at her. When Cady suddenly becomes short of breath she realizes Savannah is in trouble, but within minutes Savannah is gone.

Years later Cady, now a bestselling author of suspense, spends her time interviewing killers, hoping each interview will help her understand what happened to her sister. Despite Savannah's death, the bond Savannah and Cady share has never been broken. Savannah still comes to Cady, but the clues her sister sends don't add up until a chance encounter while researching her latest novel provides a missing piece of the puzzle.

I always have my moments with mystery/thriller books, something about this one really stuck out to me when I heard about it though. I liked the idea of how it was a story about twin sisters and readers get to see the fallout of the one sister that was left behind. After the events of that fateful day where Cady realized something had happened to her and Savannah was found dead, Cady has now become a famous author of suspense/thriller novels and uses real life stories to help her.

This book takes readers on Cady's journey of researching her newest novel while also going back and finding out the puzzle of what happened to Savannah that fateful day. I will say that this story was interesting and I definitely wanted to know more about what happened to Savannah, but at the same time, I somewhat saw the ending coming, but I will say Susan still brought about an interesting surprise with Savannah's case.  I really enjoyed how Susan Strecker showed readers how hard it is to be the sister left of a set of twins, everyone sees your sister in you (even though there are huge differences between the two of them.)

The story shows how easily a family can brush things off, Cady's family is the type that doesn't want to bring up the past, and they would rather not discuss these difficult situations and just leave things be as they are. Whereas Cady's life has revolved around knowing what happened to Savannah, especially because they have this special connection and Savannah still comes to Cady letting her know that things aren't always as they seem. Yet, this was also a hard book to get into because all the characters are very flawed and difficult to stay with. I couldn't always get myself behind the things Cady was doing, she was hard to take serious sometimes... though I can see why, with the difficulties she went through after losing her sister, and her being the one who could feel that something was wrong.

Cady's relationship with her husband was a difficult storyline for me to get through, but I can see how it is important in showing how Cady and her family have difficulties talking about problems and it causes things to linger and fights to happen. What I really loved was how deep Cady wants to go to research her novels and make the feel real to her readers, she wants to take from real situations and turn it into a strong story that will capture her readers' attention.

All in all I will say that this book captured my attention, and the mystery (though I somewhat had an idea of what happened) was intriguing and kept me going because I knew there was still more to learn about everything, This was a fun book to read, once I got past my small issues, I can say that I sped through this book pretty quickly, it's not too long of a read.
Posted by Andrea @ Cozy Up at 6:00 AM