Review: The Wind is Not A River by Brian Payton 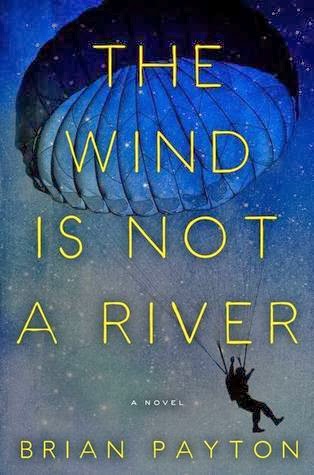 A gripping tale of survival and an epic love story in which a husband and wife-separated by the only battle of World War II to take place on American soil-fight to reunite in Alaska's starkly beautiful Aleutian Islands.

Following the death of his younger brother in Europe, journalist John Easley is determined to find meaning in his loss, to document some part of the growing war that claimed his own flesh and blood. Leaving behind his beloved wife, Helen, after an argument they both regret, he heads north from to investigate the Japanese invasion of 's , a story censored by the government.

While John is accompanying a crew on a bombing run, his plane is shot down over the . He survives only to find himself exposed to a harsh and unforgiving wilderness, known as "the Birthplace of Winds." There, John must battle the elements, starvation, and his own remorse while evading discovery by the Japanese.

Alone in their home three thousand miles to the south, Helen struggles with the burden of her husband's disappearance. Caught in extraordinary circumstances, in this new world of the missing, she is forced to reimagine who she is-and what she is capable of doing. Somehow, she must find John and bring him home, a quest that takes her into the farthest reaches of the war, beyond the safety of everything she knows.

A powerful, richly atmospheric story of life and death, commitment and sacrifice, The Wind Is Not a River illuminates the fragility of life and the fierce power of love.

Well, what a story this was, bringing me to a time period where there is a lot written about and yet at the same time a part of this war that is relatively unknown (at least to me). What I really liked was that this was a story about someone who is working to reveal what is really happening during the war instead of someone fighting in it. There is so much power in Brian Payton's writing that makes you want to stay with these characters he has created.

I absolutely loved the chapters showing Helen dealing with the loss of her husband and her commitment to finding out anything she can about where he is and how he is doing. The chapters from Helen's point of view are so amazing, it's hard to believe someone would go through the things she did for one person. It really makes you believe in love and sacrifice for that one person, and she is such an inspirational character for me.

Not only is Helen's story inspirational though, so is John's, he is an ordinary guy that has been thrust into the most extraordinary situation. His story is all about going out into the most dangerous place to show the public what is actually happening and trying to expose the truth, instead of letting the government hide the grittiest details. I loved John's journey and was surprised at everything he learned, but even what Helen learned on her journey of finding John.

This was more than just a book about war, it is really about how strong love can be, despite being far apart with no way to contact one another, these two get through believing in the other and remembering their love. This is a very powerful and emotional story that will make all readers want to find a love worth fighting for like Helen and John's.
Posted by Andrea @ Cozy Up at 6:00 AM