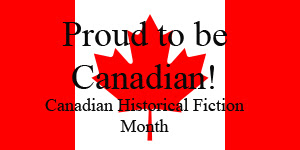 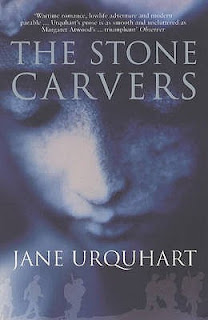 Set in the first half of the twentieth century, but reaching back to in the late nineteenth century, "The Stone Carvers" weaves together the story of ordinary lives marked by obsession and transformed by art. At the centre of a large cast of characters is Klara Becker, the granddaughter of a master carver, a seamstress haunted by a love affair cut short by the First World War, and by the frequent disappearances of her brother Tilman, afflicted since childhood with wanderlust. From , they are swept into a colossal venture in years later, as sculptor Walter Allward's ambitious plans begin to take shape for a war memorial at . Spanning three decades, and moving from a German-settled village in to after the Great War, "The Stone Carvers" follows the paths of immigrants, labourers, and dreamers. Vivid, dark, redemptive, this is novel of great beauty and power.

This is my first Jane Urquhart book, and I enjoyed the story but there were a few times I felt a little disconnected with the characters and the story. I could see how the switching of perspectives made this book difficult for some readers, but after getting used to it, I did enjoy the different stories and how they all connected to one another. The one story that really interested me was that of Klara's brother Tilman and what happened to him once he left home. It takes readers awhile to actually get to his story though. This book spans over many years, beginning with the settlers coming to Canada, and we see the effects of the First World War, to the building of the memorial at Vimy Ridge.

I really enjoyed the back and forth from Klara growing up and her story of finding love, interspersed with the story of the building of the church and really how this little town got started. Klara's grandfather is the one who helped the priest build this great church and from there he teaches generations to come about carving. Klara learns by eavesdropping on her brother's lessons, and she becomes a master carver herself as well as a seamstress.

At the heart of this story is how each of these characters has an obsession with some form of art, and it consumes them. But this obsession has also connected each of them to others over the course of their lives, and that has had affected their futures in large ways. Klara's story was beautiful and heartbreaking, watching her fall in love and then seeing him leave for war, it becomes difficult for Klara to trust again.

I do have to say the most interesting point of the book for me was reading about the building of the monument. I found that as the book got further along, there were a few points that the point of view changed and we learned the history of a new character and it was confusing for me. I will say that I did love the power of art in this book and how it could hurt and heal at the same time. I think this is a beautiful book for Canadian Historical Fiction Month because readers really get a sense of Canadian history and seeing the immigrants come to Canada and make a home and the beginning of some cities. I also loved seeing the name of my hometown come up a couple of times (because it used to be a tiny place but now more people know about it!)

Yes, this book was difficult to get through at times because of the many changing perspectives, but something about the writing kept me intrigued and kept me reading even when I wanted to put it down.
Posted by Andrea @ Cozy Up at 6:00 AM